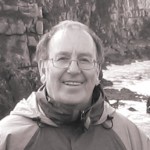 In September 2010 Malcolm Rae OBE, FRCN was the first recipient of a Fellowship awarded by NAPICU, as an acknowledgement of his significant work and contributions in the field of psychiatric intensive care.

Malcolm is an experienced mental health nurse. He is currently largely employed as an Independent Investigator into serious untoward incidents, in particular suicides and homicides in both inpatient and community settings. He is keen to ensure that lessons learnt from tragic incidents are actually implemented. He was an independent member of the Parole Board for 7 years from 2002. He was formally the Nursing Officer for Mental Health and Forensic Psychiatry at the Department of Health from 1997-2002. Prior to this, he was the Executive Director of Nursing for the Mental Health Services of Salford NHS Trust. He is a former chair of the Royal College of Nursing Mental Health Society.

Malcolm is the author of ‘Freedom to Care’, and numerous articles.

He was awarded the OBE in 1996 for services to health care. In 2001 he was awarded a fellowship of the Royal College of Nursing for his contribution to nursing leadership. He is a Fellow of the University Of Central Lancashire. He is a co-founder of State of Mind a rugby league, mental health and wellness initiative. He has been appointed as the first Fellow of the Centre for Research and Development at the Derbyshire Health Care NHS Trust. He was recently honoured with a Lifetime Achievement Award for leadership in Nursing by the Journal of Psychiatric and Mental Health Nursing.