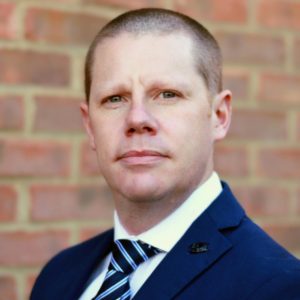 Dr Rhodri David is a NAPICU Executive Committee Member and the lead for IT and Technology. He qualified from St Bartholomew’s and the Royal London School of Medicine & Dentistry in 2004. He also holds a BSc in Psychology from King’s College London and a Master’s degree in Medical Education.

Dr David completed his psychiatric training predominantly within the University College London scheme, while also working in Bristol and East London. He has a keen interest in the interface between mental health and criminal justice agencies, Medical Education, and Information Technology.

Dr David worked as a Consultant Psychiatrist in a Women’s PICU in East London NHS Foundation Trust from 2013-2017. While there he developed the East London Criminal Justice Mental Health Team, a multi-disciplinary service assessing mentally disordered offenders in police and court custody.

Dr David has since moved to Sussex Partnership NHS Foundation Trust where he works as a Consultant Psychiatrist in a mixed-gender PICU. He is a Senior Clinical Lecturer at Brighton & Sussex Medical School. He is also the Locality Tutor for North West Sussex for postgraduate trainees.

Dr David originally hails from West Wales and is a fluent Welsh speaker.