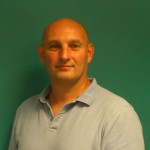 Roland started his career in mental health as a Nursing Assistant in 1984.  He became an Enrolled Nurse in 1988 and a Staff Nurse in 1992.  Roland was appointed Unit Manager and Clinical Nurse Specialist for the Greyfriars Psychiatric Intensive Care Unit in 1993.  During 1996, with others, Roland formed the National PICU group, the forerunner of NAPICU.

Between 1993 and 2000 Roland spent time working as a Matron Manager and Research Consultant for Gloucestershire Health Authority.  He was appointed a Visiting Research Fellow to the University of The West of England in 2001.  Roland is the founding Editor-in-Chief for the Journal of Psychiatric Intensive Care.

In 2000 Roland was appointed Consultant Nurse for Psychiatric Intensive Care and Secure Recovery and became an Approved Clinician in 2012, then was awarded the RCN Fellowship in 2014

Roland was a major contributor to the 2002 National Minimum Standards for PICU and both editions of the only international PICU textbook.  He has published extensively on issues of psychiatric intensive care, acute inpatient care and related subjects.

Roland has been an invited advisor for several European countries’ acute mental health services including Norway, Iceland and the Netherlands.

Roland has remained a committed Executive Committee member for NAPICU and is an active commentator on issues of psychiatric intensive care both within the UK and abroad.