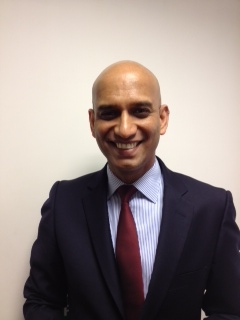 Stephen has devoted his career to the search for best practice in acute mental healthcare especially psychiatric intensive care.  Dr Pereira is known for co-founding and guiding NAPICU over the last 21 years and for his commitment to improving the patient experience in adult ‘locked’ units.  He conceptualised and developed The National Minimum Standard in PICUs and low secure care for the Department of Health.  He is a key international leader in his field of Intensive Care and in the NHS.  He has a major influence in re-definition and development of Psychiatric Intensive Care in the UK via policy, research, practice development and education.

He has developed a National Centre of Excellence in Psychiatric Intensive Care and is a winner of 8 National awards including UK Hospital Doctor of the Year in Psychiatry, Medical Management – Team of the Year and a number of Best Practice awards.

Stephen has over 30 years’ experience in psychiatry.  In addition to his Psychosis Spectrum work, he is also a specialist in Cognitive Behaviour Therapy (CBT), having trained at the Oxford School, which has a worldwide reputation as a Centre of Excellence in CBT.  He also trained in Behaviour Therapy at the Institute of Psychiatry, Kings College and has an MSc in CBT and Marital / Sexual problems at Guy’s Hospital, London.

He is currently Consultant Psychiatrist at Keats House, London Bridge and the Nightingale Hospital, London. He is also an Honorary Senior Lecturer, in Psychiatry at Guys, Kings, St. Thomas’s School of Medicine.  He is also Chairman of NAPICU, is on the editorial board of the International Journal of Psychiatric Intensive Care and is co-editor of the only worldwide textbook on psychiatric intensive care and is published widely.  He has published the largest survey of PICUs/LSUs, reporting on patient and unit data in the NHS and private sector.  He is currently Research Lead for the Second National Survey having successfully obtained a research grant for this project.

Dr Pereira works with an excellent and highly talented multi-disciplinary executive committee team in NAPICU, who have enabled the various developments described above.