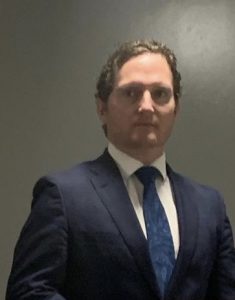 Thomas has worked extensively as an Occupational Therapist in both acute and community care across both physical and mental health specialising in neurology trauma and acute mental health.  He is also dually qualified in Cognitive Behavioural Therapy. Thomas holds a Masters with Oxford Brookes University in Leadership & Operational Management in Health and Social Care and jointly led the Operations module for their Master’s programmes.

In his career, Thomas has worked as Deputy Chief Operating Officer of a District General Hospital, an Associate Director of Commissioning as Strategic Lead for Urgent Care and Out of Hospital commissioning and is currently the Deputy Chief Allied Health Professions Officer for NHS England and NHS Improvement. Since 2007, Thomas has helped numerous mental healthcare NHS trusts and companies throughout the UK, in both substantive and consultancy roles engaging in rapid operational turnaround for high profile incidents but while maintaining full-time employment in the NHS.

Thomas has been involved with NAPICU since 2007 and became an Executive member in 2011.  He is a reviewer for the Journal of Psychiatric Intensive Care and led the first AIMS-PICU review in the country.  Thomas was the programme lead for the release of the revised National Minimum Standards for PICU launched in 2014.

Thomas’s areas of special interest are in service improvement and change management to enable increased efficiency, quality and performance within mental health and acute services.

Thomas was the inaugural winner of the NHS South West Quality Champion / Innovator of the year 2014 and was a runner-up for the National NHS Quality Champion / Innovator of the year 2014.  This was for an extensive turnaround of clinical services and development of national standards. He has recently been involved in the development of the NHS Long Term Plan and national investment planning for rehabilitation services in 2019.