In the past mental health care in Belgium has been characterised by hospital beds being dedicated to residential psychotherapy.  Closed wards existed, but were defined as locked psychotherapeutic wards for long stay patients with severely disturbed and aggressive behaviour.  Over the last decade there has been a growing awareness that this style of care leads to problems for service users seeking appropriate care without being hospitalised, because therapeutic tools are ward based with few outpatient services.

This led to health authorities converting residential services into ambulatory and outreach services (inspired  by Dutch and British models), lowering bed numbers and introducing more intensive care for inpatients.  Staff in some closed wards (the first one in the Psychiatric Hospital PZ OLV of Bruges) began to adopt therapeutic models proposed by NAPICU, in order to transform closed long stay wards into intensive care wards.  Attention was given to multidisciplinary team working and using a bio-psycho-social model for assessment and treatment.  Shorter stays are emphasized.  These wards worked closely with ambulatory crisis resolution teams, psychiatric emergency services and other community mental health outreach and outpatient services.

For 5 years staff from the first psychiatric intensive care unit in Bruges have collaborated with NAPICU and this has resulted in the first affiliate of NAPICU.

2013 will be the beginning of this promising collaboration.  Other wards – working with the same model – will be invited to collaborate and create a new network of PICUs in Belgium.  Along with this network, we will collaborate with health care authorities to improve management and safety, referral pathways and, last but not least, the adoption of accreditation procedures on a three year cycle.

Member’s of NAPICU can view the Belgian Affiliate’s Memorandum of Understanding with NAPICU here.

The Belgian board members are committed to make this first international affiliate work, and at the same time promote the broader work of NAPICU to establish psychiatric intensive care as a practice that is evidence based. 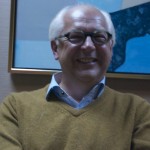 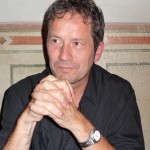 Ludo studied nursing in Bruges.  He worked for 10 years in substance use and then as head nurse for 5 years in an older peoples mental health unit.   Since 1999 he has been involved in the management of the PICU at the Psychiatric Hospital Onze-Lieve-vrouw in Bruges.  He also manages the personality disorder and depression cluster and has managed the North-West-Flanders mobile crisis team since 2012. 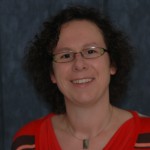 Hella Demunter studied medicine at the Catholic University of Leuven from which she graduated in 2001 as a medical doctor, in 2006 as psychiatrist and in 2008 as a psychotherapist with specialization in relationship, family and systemic psychotherapy.  After completing her training she continued to work at the University Psychiatric Centre, where she is responsible for the Psychiatric Intensive Care Unit St. Agnes and for the early detection and intervention team for psychosis VRINT. 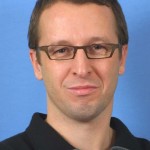 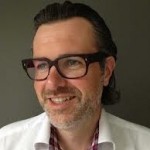